As part of #BiofilmWeek, we’re highlighting interesting and exciting biofilm research being undertaken across our NBIC partner research institutions by early career researchers, PhD students and our Interdisciplinary Research Fellows.

We interviewed Dr Eirini Velliou, Associate Professor at the Centre for 3D Models of Health and Disease at the University College London. Eirini talks to us about her research, which is all about the way different bacterial cells, from different species interact with each other, in the context of forming biofilms, within 3D environments.

What is your primary area of biofilm research?

My research surrounds understanding how the biochemical and biomechanical composition of the 3D environment where bacteria could be embedded or found would affect (I) the way they interreact with each other, (ii) the way they form biofilms, (iii) the way they form resistance in biofilms and (iv) how those biofilms respond to novel processing approaches like plasma.

Initially, we were focused on biofilms linked to the food industry, but at the moment as we are progressing and expanding, we are also interested in studying biofilms that could occur in healthcare settings.

Are there any collaborators on the project?

I’ve worked over the last year very closely with Dr Jorge Gutierrez-Merino from the University of Surrey, and we also have industry partners including Fourth State Medicine, which is a company that develops plasma devices to treating biofilms at different settings. We have international academic collaborators including colleagues from KU Leuven in Belgium, involved in the wider project.

What is the current situation within your industry?

When we look at the food industry, I think the sector is moving towards establishing novel processing approaches to treat biofilms that could occur from farm to fork in the food chain. This is because the consumer demand is for products that are minimally processed. This practice means that we need to design milder processing approaches, so there is definitely a very high need driven by consumer demand. At the same time there is a great challenge that applies not only to the food industry, but generally globally, and that is antimicrobial resistance (AMR) development, so we know that bacteria, including bacteria that could be found from farm to fork in the food chain, are becoming incredibly resistant to their environment and processing conditions. According to a report from economist Jim O’Neill, by 2050 there will be more people dying from bacterial infections than cancer, which gives you an indication of how important the problem is. 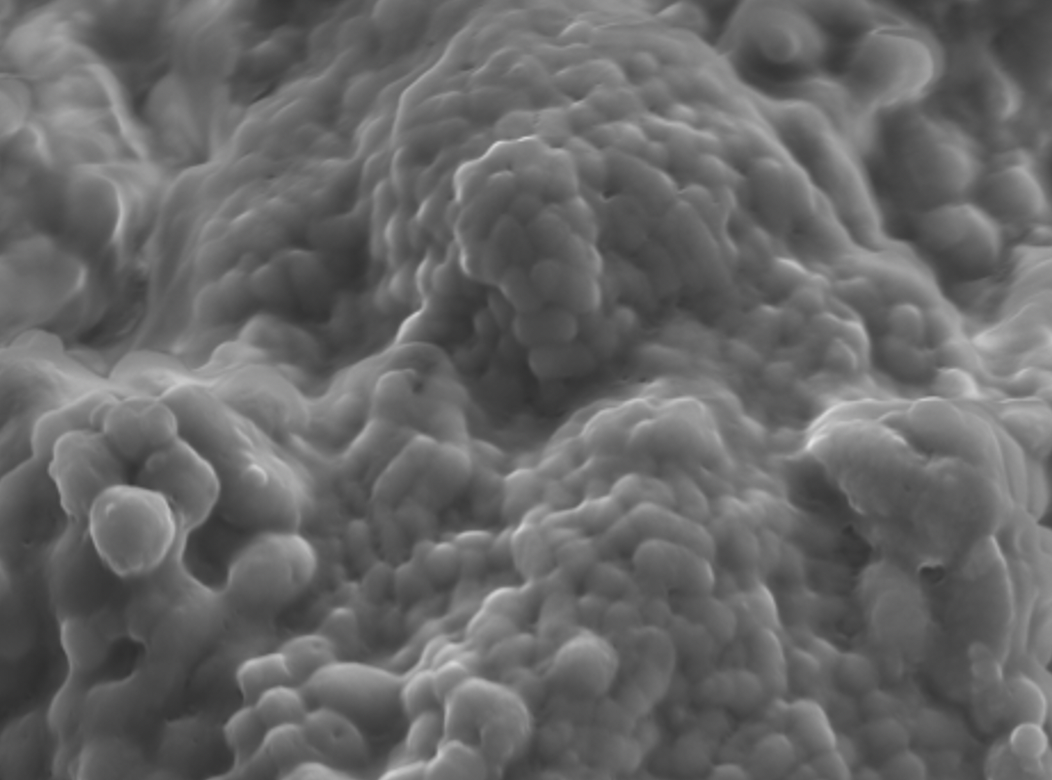 How does AMR play a part in your research?

Bacteria when they communicate, they transfer resistant genes from one to another, and they develop AMR, and on the other hand when you treat them with mild processing approaches, as compared to the conventional approaches, this mild treatment could lead to the progressive adaptation of the bacteria, and eventual development of AMR. There is definitely the practical consumer driven demand, but there is also a global challenge that we need to face and that’s the AMR development.

We’re trying to tackle AMR in the context of food processing primarily, but now we’re also expanding into other settings, like healthcare. With bacteria becoming incredibly resistant to classical treatments, we are trying to replace classical treatments, such as treatments like antibiotics or treatments with classic heat that would happen in an industrial setting, with alternative milder treatments, so hopefully those will be more efficient because the cells would not have been adapted to them. When we talk about mild processing approaches in the industry that are replacing heat, there is always a danger that the bacteria will become more resistant because the conditions are less harsh, so there’s time for the bacteria to get adjusted. This is known as stress adaptation which could lead to AMR. Finally, AMR is being transferred from bacteria to bacteria when they are in close proximity sometimes, and since we are studying how bacteria are developing communities in 3D environments, then the whole environmental setting can give us insightful and fundamental information of how potentially bacteria can develop resistance, and that could be applied in a variety of settings.

What challenges will you have to overcome to achieve impact?

The challenge is that bacteria are incredibly diverse, and what findings you might obtain for one bacterium might not apply for another. Even different strains, such as Listeria strains, might have very different responses. So even if we develop an understanding to a certain extent of mechanisms through which bacteria talk, that doesn’t mean that the same mechanism will apply if a slightly different composition of a biofilm would be used. At the same time if we design an optimal processing approach in industry to make sure we inactivate a biofilm which is very specific in composition, it’s very likely that mutants of the same bacteria might respond very differently. I think the main challenge is extrapolating the results for a specific biofilm configuration to every bacterium, considering the variability between them. This is increasing nowadays because they are developing more and more resistance and adaptation, which can also differ geographically.

What other research is taking place in this field?

There is a lot of AMR research taking place, but also a lot of research taking place with novel processing approaches, like for example plasma, which is what we are using. Many researchers now study plasma, for example in liquid carriers, or on abiotic surfaces such as stainless steel. We are very much interested in trying to see how biofilms respond in 3D environments, and environments that are not necessarily abiotic, but they also have nutritional sources, which makes the extrapolation of results more challenging but quite interesting as well.

Have any key milestones been completed?

So far, we’ve managed to see how different biochemical configurations of surfaces could potentially affect the resistance of biofilms to a specific configuration of plasma, which was given to us by our industrial collaborators at Fourth State Medicine. We have also managed to unravel how different pathogens that are creating a mixed biofilm protect each other. For example, we revealed in our latest publication that E. Coli protects Listeria against plasma, but not the other way around, and we’ve seen that only occurs in solid state (3D), not liquid state (2D). So we have achieved some milestones for specific biochemical compositions of environment and specific biofilm configurations, but again the challenge is to find out how those results could be translated in a different biofilm configuration and a slightly different biochemical environment. At the moment we are changing that biochemical environment progressively to create complex multi-phase 3D systems to see how bacterial cells would form biofilms and interact with each other in those biochemically and structurally complex environments. 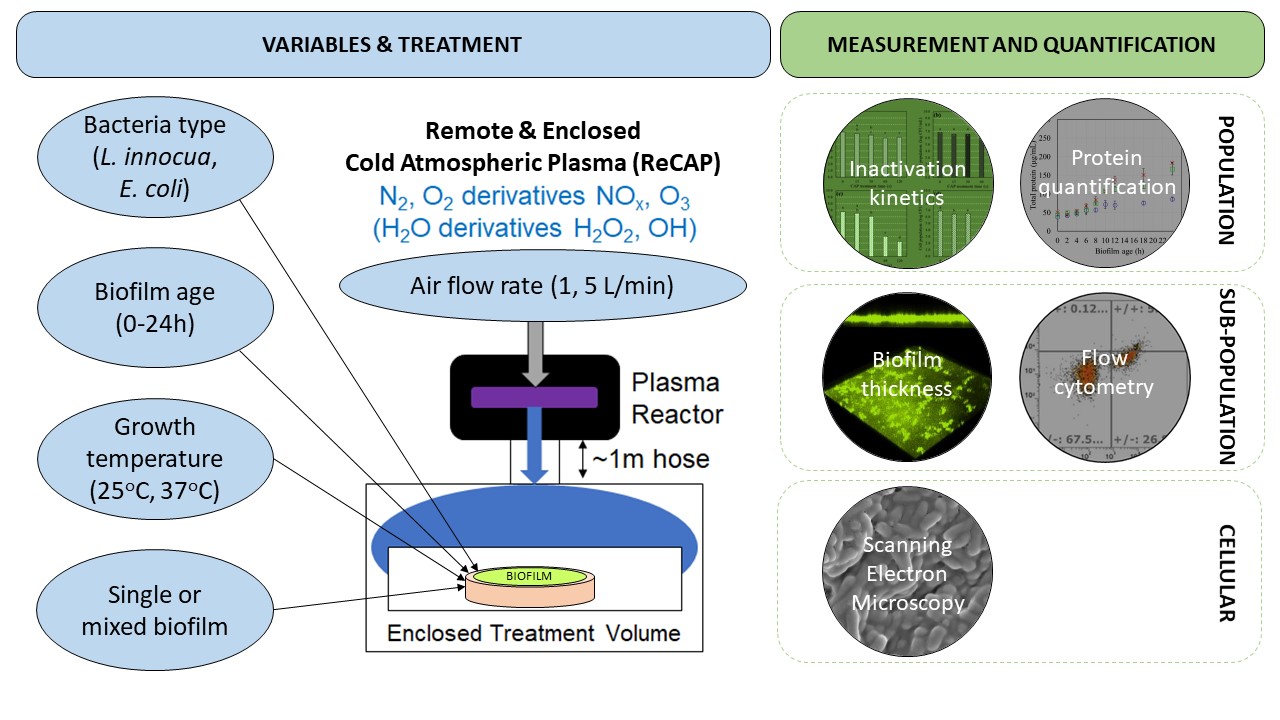 Have you received any industry investment or NBIC funding and how has this supported your research?

We received an NBIC Proof of concept award, which has been incredibly useful, as it was the catalyst that helped us start our work with Fourth State Medicine, and it has really helped achieve all of the milestones within the project. We have also published a paper recently in Food Research International from this funding, and has helped us build some pilot data that led to us obtaining another PhD studentship. The NBIC funding has helped tremendously to accelerate the interaction between academia and industry, but also helped us to build this pilot data to shape bigger projects.

Have you been involved in any public engagement or outreach related to your work?

I am very much interested in outreach in general. So far, I have been engaged with open days at my previous institution, the University of Surrey, where I showcased research to the general public, including school children. I also visit local schools in the Surrey area where I give talks about my research to students, with the aim of engaging more young people in STEM. I am also a member of the Royal Society of Chemistry (RSC)’s Downland Trust, where I have performed official outreach activities including lectures, which were funded and supporting by the RSC. Initially these were face to face, but have been taking place virtually during the pandemic. These tackle different audiences, from young students to retired scientists. 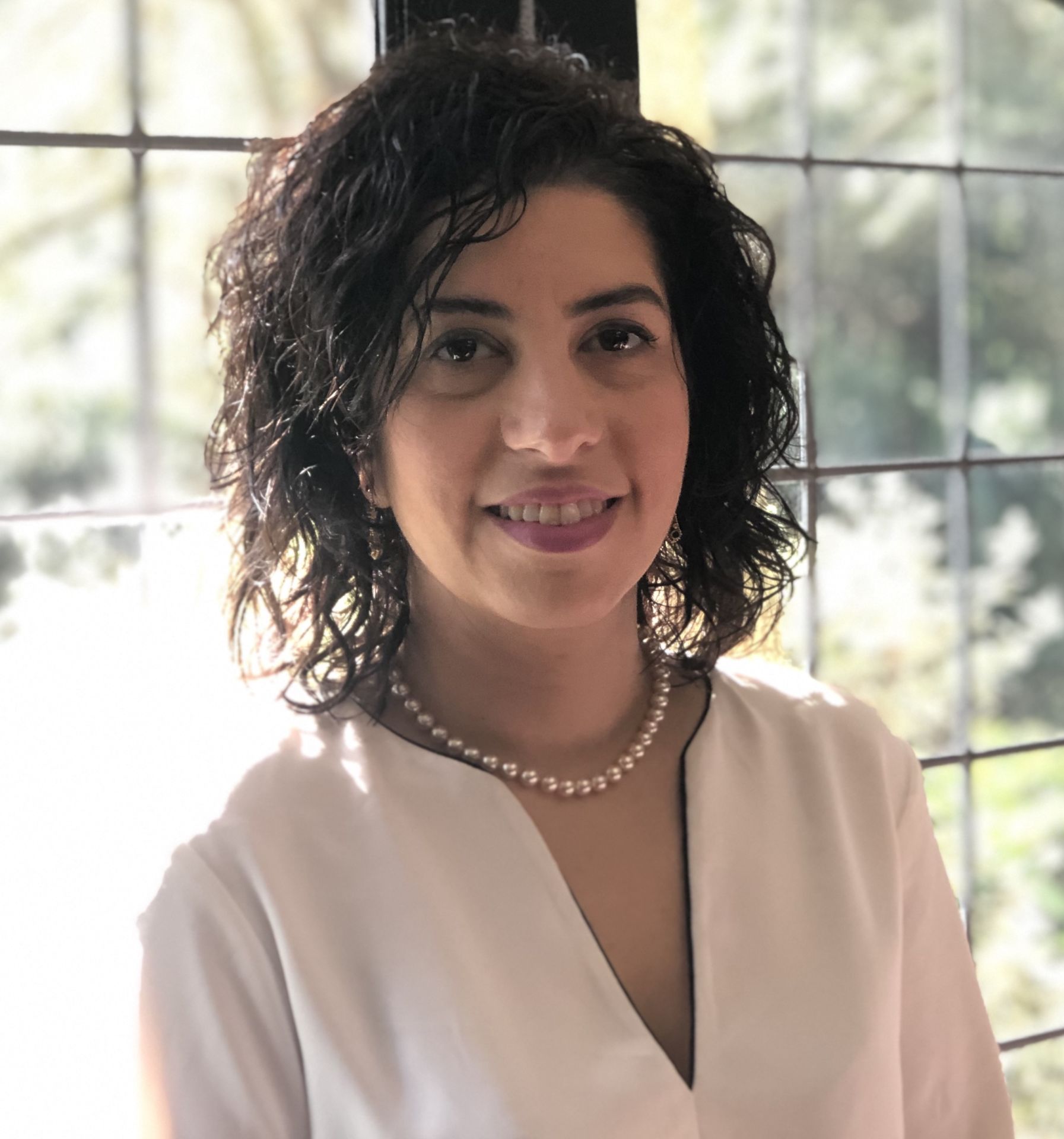