In autumn 2021, the University of Hull launched an exciting scary story competition for Halloween: Coccus Pocus 2021! The event was organised for a third time, following two successful runs in 2019 and 2020. We supported the competition as part of our #BiofilmAware campaign, which is all about helping people to understand what biofilms are and why they are so important.

In 2021, a fantastic network of Coccus Pocus Ambassadors grew from four members to fifteen, including new ambassadors from France, Greece, Malta and Denmark! Their enthusiastic contribution led to an increase in scary story submissions for 2021. (19 compared to the 4 received in 2020).

In addition, 9 of these 19 stories came from a secondary school (age group 12-17). Until now, all entries were from university students, so we were delighted to see school pupils participating too.

The contestants were encouraged to write a short horror or sci-fi story between 500 and 2,000 words, including themes of antimicrobial resistance and/or microbial biofilms. The evaluation committee ranked stories according to the intrigue of their plot, use of language, character description and scientific soundness.

The first prize of the 18+ age group (a £100 Amazon voucher) was awarded to Ms Lizzy Cairns, a microbiology MSc student from the University of Glasgow. Her awesome story, ‘The Slime of Ancient Mariner’, is about a nautical journey where the crew members encounter an ancient oceanic biofilm with catastrophic intentions.

Ms Aleyna Lumsden, a biomedical science undergraduate from the University of Warwick received the second prize (a £30 voucher) for her story ‘Golden Berries’, where a group of bacteriophages travel through a slimy Staphylococcus aureus biofilm.

Finally, Ms Rhianne Lee, again an undergraduate student from the University of Warwick, was given the third prize (a £20 voucher) for her story ‘Dissociation’, which tells us the tale of a patient suffering from an antibiotic-resistant black fungus that causes some very weird symptoms.

All winners in the 12-17 age group were from Engineering UTC Northern Lincolnshire and were motivated by their creative engineering teacher, Zoe Hennchen. The first prize (a £100 Amazon voucher) was awarded to L. Palmer for the story ‘The Plane Crash’, the second prize (£30) to J. Dicken who wrote ‘Biofilm World’, and the 3rd prize (£20) to G. Healer for ‘Bio-film: A Horror Story’.

You can read their brilliant stories by visiting the links below.

The winners will be also presented in the May 2022 issue of Microbiology Today, the magazine of the Microbiology Society (UK), which has at least 6,000 subscribers. In addition, a microbiology taster session at the University of Hull was offered to the three young winners and will take place this spring. 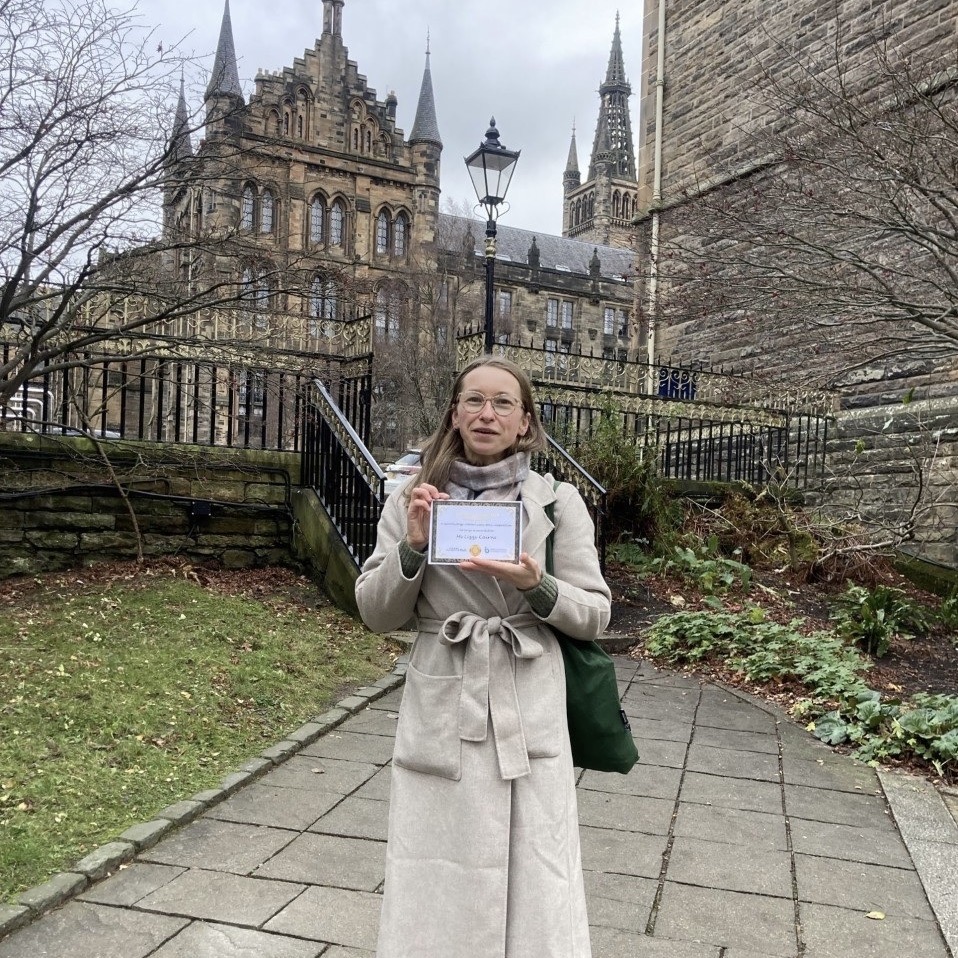 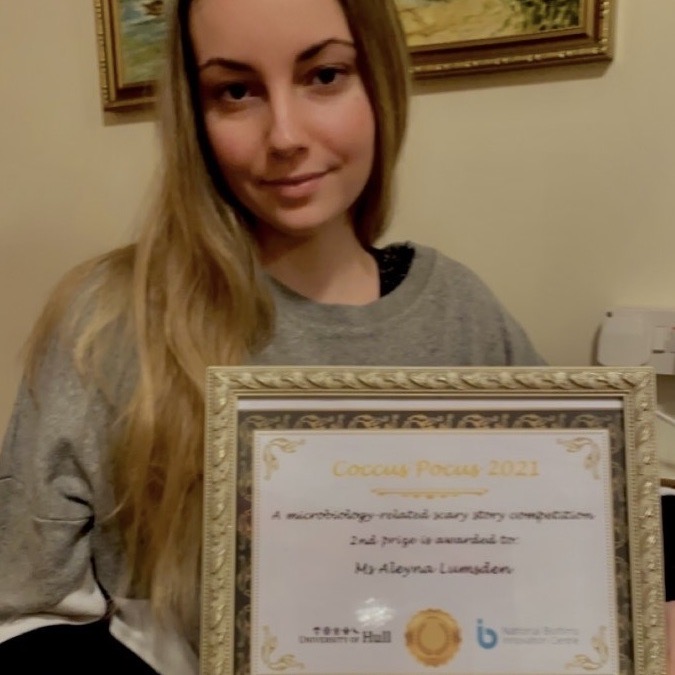 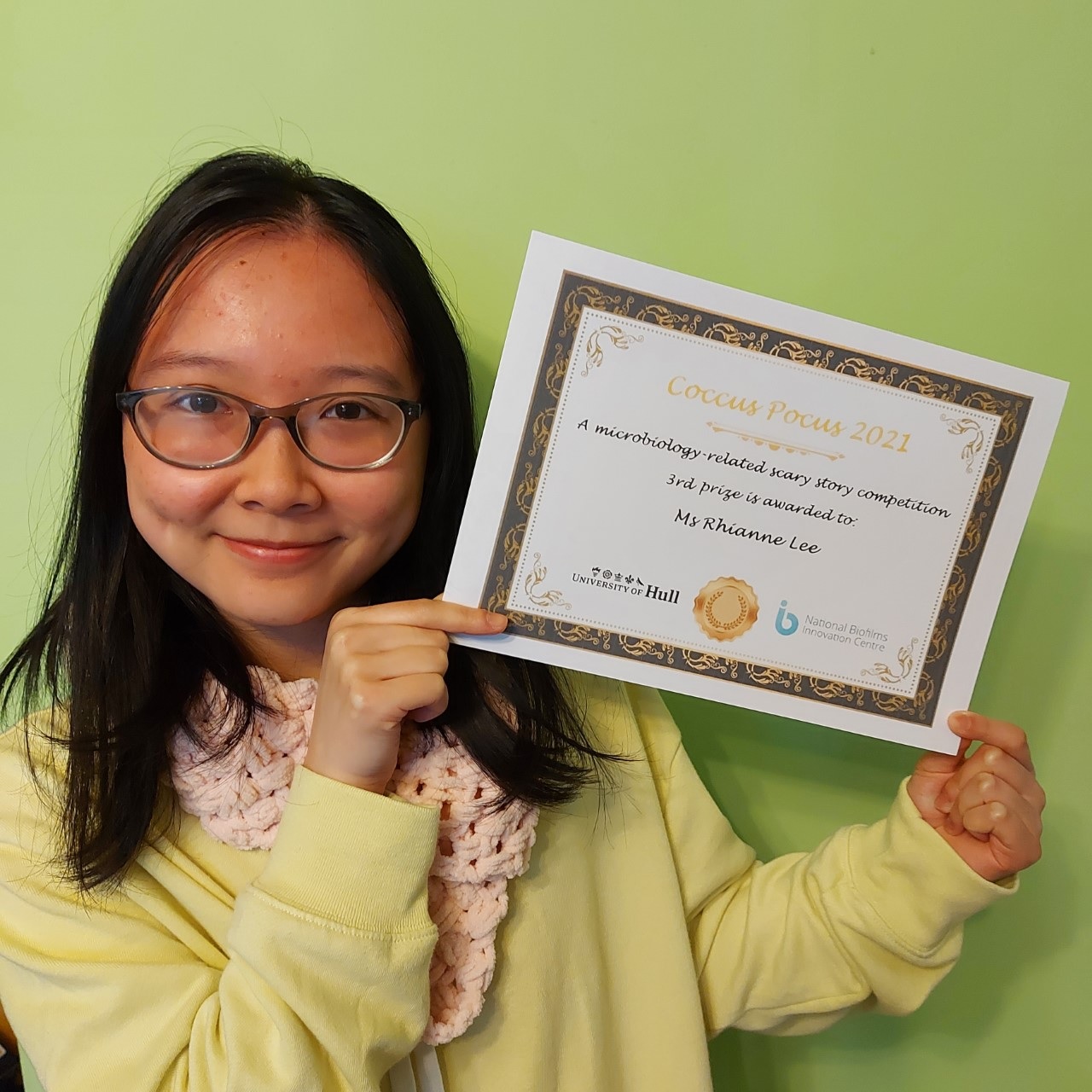 We aspire that the competition will be held again and again around the country, and even abroad, aiming to increase public awareness about the important problem of Antimicrobial Resistance (AMR) and biofilms and boost the enthusiasm of young people about the fascinating field of microbiology.

Coccus Pocus will run again in October 2022. Can you think of any biofilm or AMR-related scary stories? Would you like to be one of our Coccus Pocus Ambassadors for your school or university? and…which university or school will claim the next trophy?

The competition was supported by NBIC’s Public Engagement and Outreach Fund, which offers grants up to £3,000 twice a year to support biofilm-related public engagement and outreach activities. You can find out more about the projects we have supported in our 2021 Annual Report.

READ THE WINNING STORIES IN THE 18+ AGE GROUP

READ THE WINNING STORIES IN THE 12-17 AGE GROUP