Is bacteriophage technology the innovation to make food safe?

The food industry has commercially exploited phage technology to its full potential so far. The available phage based products for the food industry against Listeria sp. or Escherichia coli have bactericidal effects akin to biofilm prevention. Some of these commercially available products, as Listex P100 may also be promising for biofilm removal in surfaces of working environments of the food industry; the European Food Safety Authority (EFSA) has assessed the safety and efficacy in processing of meat and poultry, fish and shellfish and dairy.[i]

The combination of phage-derived enzymes with antibiotics can increase the antibacterial effect, it facilitates the access of antibiotics to the bacteria within the biofilm. Research in food processing environments has tested the action of a thermally stable depolymerase obtained from a Klebsiella phage, where the enzymatic pre-treatment increased the subsequent disinfection effect of chlorine dioxide, a broad-spectrum sterilizer commonly used in the food industry. The enzyme reduced the adhesion of bacteria and EPS-matrix, favoring the action of chlorine dioxide.

Dr Franklin Nóbrega, working at the University of Southampton shared with us his research finding related to a phage protein that inhibits the CRISPR-Cas system of Streptococcus thermophiles. This technology has found its application in the generation of more robust strains for dairy production. At Edinburgh Napier University, Dr Sophie Foley first worked on phages several decades ago in the context of phage as the enemy of dairy fermentations. Her focus was on the analysis of phage diversity in the dairy industry and farm environment, and the selection and development of bacterial starter cultures that are resistant to phage infection for use in the industry. Since then, her interest has moved to the use of phages as a tool to manipulate or control bacterial populations in different contexts. From a biomedical perspective, there is great potential for the exploitation of phages as a source of antimicrobials, both for the treatment of bacterial infections and the control of specific bacterial populations, in contexts such as animal husbandry. Her interests include phage diversity and ecology in soil and activated sludge. In these areas, phages may play an important role in the success or failure of a particular remediation strategy and in the use of phages against bacteria implicated in food spoilage and food-borne disease. Phage technologies are often easily applied cross-sector, therefore, our academic partners do not work only in one industry area. Dr Foley’s work is in the oral care and human health environments. She explains,

“In addition to using intact phages in the control of bacterial populations, we are interested in the identification and exploitation of phage proteins possessing inhibitory activity against their bacterial host and in characterising the phage-encoded proteins that so effectively hijacks the machinery of bacterial cells. Current projects include the characterization of novel proteins from phages infecting the equine and opportunist human pathogen Rhodococcus equi, a bacterium closely related to Mycobacterium tuberculosis with a lipid-rich cell wall that contributes to its survival in the environment and in the macrophages of our immune system. We are also interested in developing and testing a model for the use of phages to characterize key interactions in the poly-microbial biofilms implicated in dental caries and other oral infections, in addition to the potential for use of these phages or phage-derived proteins as therapeutics or prophylactics”.

At Edinburgh Napier University, Dr Aidan Brown approaches phage from a different perspective. He told us,

“I am a soft matter physicist and biophysicist who specializes in the physics of microorganisms, and I’m fascinated by how these tiny creatures move around and navigate through complex environments. Phages are particularly interesting to me because they are so simple: they don’t even have any way of propelling themselves but have to rely on their bacterial hosts or Brownian motion to carry them around. To maximize their life chances, they can control the bacteria they infect in quite subtle ways, for example by getting the bacteria to make molecules that let other phages know how many infected bacteria there are around. Trying to disentangle these complex interactions is challenging and very exciting. Phages are also a very promising alternative or complement to antibiotics in our fight against infectious diseases. I’m working with a Glasgow-based company called Fixed Phage, who attach phages to surfaces such as salad packaging or fish food, to kill harmful bacteria. Here, the aim is to optimize their technology by applying the great deal of knowledge that soft matter physicists have about the behaviour of microscopic particles, or colloids, since phages are essentially just ‘living colloids'”.

For phage researchers and enthusiasts, the Phage Directory Community Board is the go-to place to share news and seek advice, collaborations and opportunities, highlighting the best in their weekly newsletter Capsid & Tail.[ii] 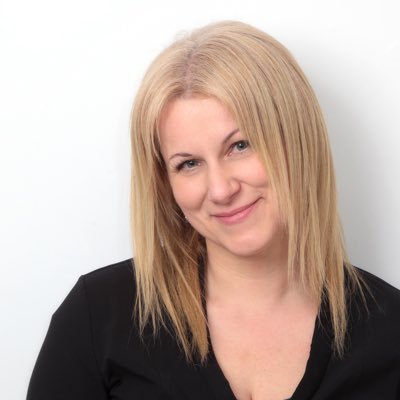