Bacteriophages: the good guys on the viral block

The recent Covid-19 crisis may have completely changed our approach to phage technology. Dr Ron Dixon is an Associate Professor within the School of Life Sciences at the University of Lincoln. He shares with us his topical discussions with fellow scientists and family.

As a microbiologist for most of my life, 2020 has been a turning point for me. Neighbours, friends, family have suddenly acquired a thirst for new, deep and intense understanding of the natural history of a somewhat obscure group of respiratory viruses – coronaviruses which was previously no more than a footnote in my annual lecture to the first-year undergraduates!

A public understanding of science is, of course, a good thing but it has taken years for us to understand (mainly through persuasive marketing campaigns) that in bacteria there are good bacteria (yoghurt) alongside bad bacteria (cholera) and so with viruses; the viral pathogens (SERS-CoV-2) have cousins who are the good guys!

Bacteriophages (phages) represent the good guys on the viral block – they are harmless to humans; targeted to kill specific bacteria without collateral damage to the good bacteria and they represent a sustainable and ethical supply.  Although these treasures were discovered more than 100 years ago why have we barely heard of them? Their history is long, political and economically complex but essentially their development as an antibacterial tool was overtaken by the discovery and subsequent dominance of antibiotics for the latter half of the 20th century.  Combatting infectious diseases in patients by ‘phage therapy’ has a 100-year-old history but concerns about efficacy and experimental design of trials (many not justified) has plagued significant progress with human treatment of infection.

Now, 20 years into the new millennium however, we find antibiotic resistance (AMR) emerging as a major global concern with predicted mortality by 2030 far exceeding the Covid-19 pandemic and food implicated as one of the major vehicles by which AMR bacteria and genes are consumed by the public.  The issue for food producers however is the growing awareness (under public scrutiny) not to use antibiotics at any stage of the farm to fork supply chain but attempt to rely on improved hygiene along with an appropriate antibacterial tool to ensure quality.

Phages have been suggested to fit the bill as ‘natural food preservatives’ for various food products.  Numerous single phage and ‘phage cocktail treatments’ have been screened for experimental phage applications in foods since a product against Listeria monocytogenes was approved by the FDA in the US.  Products against important pathogens such as E.coli O157:H7, Salmonella enterica, Campylobacter jejunii, Staphylococcus aureus, Chronobacter sakazakii  and Vibrio spp to name a few have been successful as targets for antibacterial tool development and some are on the market in the US and Europe.

Recently, my academic group at Lincoln, in collaboration with local SME start-up Arden Biotechnology has been awarded £1.5m from the Department for Work & Pensions, The Global AMR Innovation Fund and InnovateUK to work with collaborators on the use of phage and other agents as replacements for antibiotics in commercial poultry.

We are now actively looking for industrial partners to share our interest and enthusiasm in incorporating phage as a ‘novel’ innovation technology into protocols particularly in food animal production, high-risk food production or ready-to-eat fresh vegetable preparation. We need quality assured processes and robust scientific data to overcome public misconceptions about ‘adding viruses to food’.

Many food-borne pathogens are stubbornly difficult to eradicate without using chemically damaging biocides since they exist in food environments as biofilms but the science of phage versus biofilms is only just beginning[i].   Work across the world is showing that harmless viruses or their components (endolysins) can control many foodborne pathogens, which are not only a public health threat but an economic threat to our important food industry.  We are convinced that ‘phage is the next-generation biocontrol agent for food-borne pathogens but we need to encourage academics and industry and particularly research funders that a ‘break through’ for phage as a mainstream antibacterial tool is here and now!

Dr Ron Dixon, Associate Professor within the School of Life Sciences at the University of Lincoln. 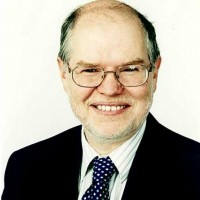